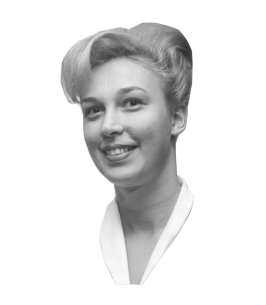 It is with great sadness that the family of Annette Loiuse Eurich Burke announce her passing on Monday, July 19, 2021 at Carolyn’s House Hospice of Central Pennsylvania, Harrisburg, Pennsylvania.

Born on February 24, 1938, in Dillsburg, PA, Annette was 83 years old at the time of her passing and a longtime resident of Camp HIll, Pennsylvania. She was the daughter of the late George and Chloe (Brame) Eurich, and the widow of Guy T. Burke, her beloved husband of 57 years, who passed away in 2014.

Annette was a National Honor Society graduate of Mechanicsburg Area High School in 1956. Always an avid arts enthusiast and reader seeking adventure and color in her world, Annette chose to attend school for training in the Airline Industry in Hartford, CT. That training and subsequent executive positions with both Allegheny Airlines and Pan Am afforded her the wonderful opportunity to travel the world, exploring exotic places such as Hong Kong, Guatemala, London, Singapore, Alaska and Hawaii. So great was Annette’s beauty, she was once named ‘Beauty of the Day’ by her employer Allegheny Airlines for which her photo was published in the newspaper.

After her retirement from the airline industry, she worked as a travel agent for Capital Tour and the Travel Center in Lemoyne. Annette was a member of Grace Evangelical Lutheran Church in Camp Hill, and the Camp Hill Civic Club. For many years she and her husband Guy were members of the ALMEC bowling league at ABC West. She continued to be a fervent reader of mystery novels and was also a sports enthusiast, never missing an Eagles, Phillies, Penn State football or NC Tarheels game. In her retirement years she also cherished spending quality time with her beloved children and grandchildren. She was very proud of her grandson Ryan for his scholastic, athletic, and Boy Scout achievements and also for Samantha’s graduation from Baylor University in Texas.

Annette was an extraordinary woman in so many ways. She was strong and independent before it was popular for mothers to be those things, yet it never took away from the unfaltering support and love she provided to her children, even to her last days on this earth. She had a beautiful soul which will not easily be forgotten or replaced. Her joy of life was contagious to everyone who knew her.

Annette is survived by a loving daughter, Linda K Burke of Dover, PA loving son, Michael T. Burke, of Enola, PA; a son in law Michael Webster and two grandchildren: Ryan T. Burke, of Enola, PA, and Samantha Webster, of Texas. She is also survived by her two nieces: Connie Sutton and her husband Herb, of Mechanicsburg, PA, and Yvonne Andrew, of Siler City, NC, two nephews: Steven Andrew, of Raleigh, NC, and Keith Sealover and his wife Joyce, of Mechanicsburg, PA.
In addition to her husband, she was preceded in death by a sister: Arlene Sealover, and a brother: George Eurich.