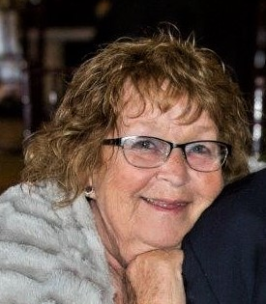 Barbara Ann Shade, 74, of New Cumberland, PA, passed away unexpectedly on Wednesday, June 30, 2021, in Statesville, NC.
Born on March 14, 1947, in Lodi, CA, she was the daughter of the late Ross E. and Verna (Snell) Lambert.
Barbara was a graduate of Cedar Cliff High School, New Cumberland, PA. She was a retired secretary from the PA State Dept. of Health. Barbara was a member of the New Cumberland First Church of God. She was the first female to serve as President of the Keystone Midget Football Assoc. Barbara loved to play bingo, spend time at her vacation home in Florida, and attend lunches with her friends in the Cedar Cliff Chick’s Lunch Group. She was the secretary for the Summer Singles Pool League and a volunteer at the Pink Hands of Hope organization in Mechanicsburg.
Barbara is survived by her husband of 25 years, Vincent E. Shade, of New Cumberland, PA; four sons, Bryan D. Lilley and his wife Traci, of York Haven, PA, Michael E. Shade and his companion Nikki, of Duncannon, PA, Christopher Lilley and his wife Erin, of York Springs, PA, and Kevin R. Lilley and his wife Amy, of Hackettstown, NJ.; a daughter, Diane R. Brady and her husband Jeff, of Marysville, PA; a brother, David Lambert and his wife Connie, of Etters, PA; a sister, Doreen Shuler, of New Cumberland, PA; ten grandchildren, eight great grandchildren, and numerous nieces and nephews.
She was preceded in death by a grandson, Miles D. Lilley.
Funeral Services will be held at 12:00 P.M. on Tuesday, July 6, 2021 in the Myers-Baker Funeral Home, 1903 Market St., Camp Hill, PA, with Pastor Charlie Zahora officiating. A visitation with Barbara’s family will be held in the funeral home on Tuesday from 11:00 A.M. until the time of the service.
Memorial contributions may be made to the American Cancer Society or to Pink Hands of Hope, 5325 E Trindle Rd, Mechanicsburg, PA 17050, (pinkhandsofhope.org)