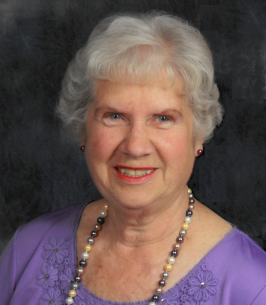 Esther Mae Spengler, 86, of Boiling Springs, PA, passed away on Thursday, August 5, 2021, at Chapel Pointe in Carlisle, PA.
Born on January 26, 1935, in Huntingdon, PA, she was the daughter of the late George Washington and Hazel Leona (Wible) Widener.
Esther was a 1953 graduate of Mechanicsburg High School. She was a loving and giving homemaker, wife, and mother. Esther was a former secretary. She started working to help pay for her children’s education. Over the years, she helped her family put down roots in the various communities they moved to and lived in. She helped establish a foundation of values for her children to build on. If you were to ask Esther what her greatest accomplishments were, she would say her children, grandchildren, and family. She was a member of Otterbein United Methodist Church in Carlisle, PA, and a longtime member of the Take Off Pounds Sensibly Club (TOPS). She enjoyed going to yard sales, shopping on QVC, and watching soap operas on television.
Esther is survived by her husband, William Arthur Spengler, of Boiling Springs; three sons: William George Spengler and his wife Phyllis H., of Carlisle, PA, Robert Brian Spengler and his wife Kimberly A., of Sinking Spring, PA, and Barry David Spengler and his wife Georgine M., of Lititz, PA; a brother, Robert Olin Widener, of Walnut Bottom, PA; two sisters: Jean Kathleen Biffart, of Wellsville, PA and Matilda Geraldine Hutchinson, of Huntingdon, PA; brother-in-law Bruce G. Spengler and his wife Nancy, of Stanwood, MI; four grandchildren; and six great-grandchildren.
In addition to her parents, Esther was preceded in death by three brothers-in-law: Robert A. Biffart, David H. Hutchinson, and Robert C. Spengler; and one sister-in-law: Doris G. Souilliard.
All services will be private, and burial will be handled at the convenience of the family in Rolling Green Cemetery, Camp Hill, PA. Myers-Baker Funeral & Cremation Services, Camp Hill, has been entrusted with funeral arrangements. Flowers are being accepted, please contact Royer’s Flowers and Gifts in Camp Hill, (717) 761-5990, they will handle arranging for delivery to the family.
Memorial contributions may be made to the American Cancer Society, P.O. Box 22478, Oklahoma City, OK 73123, www.cancer.org, or to Hospice of Central PA, 1320 Linglestown Road
Harrisburg, PA, www.hospiceofcentralpa.org